Due to Covid-19, Girls Rock! Pōneke took their camp online for 2020. We developed a nifty activity book as part of this packed with songwriting and music industry advice from some of NZ’s top performers.

Check out the Activity Book and other resources below to keep writing songs and playing music between camps!

Are you looking for an amazing music tutor? 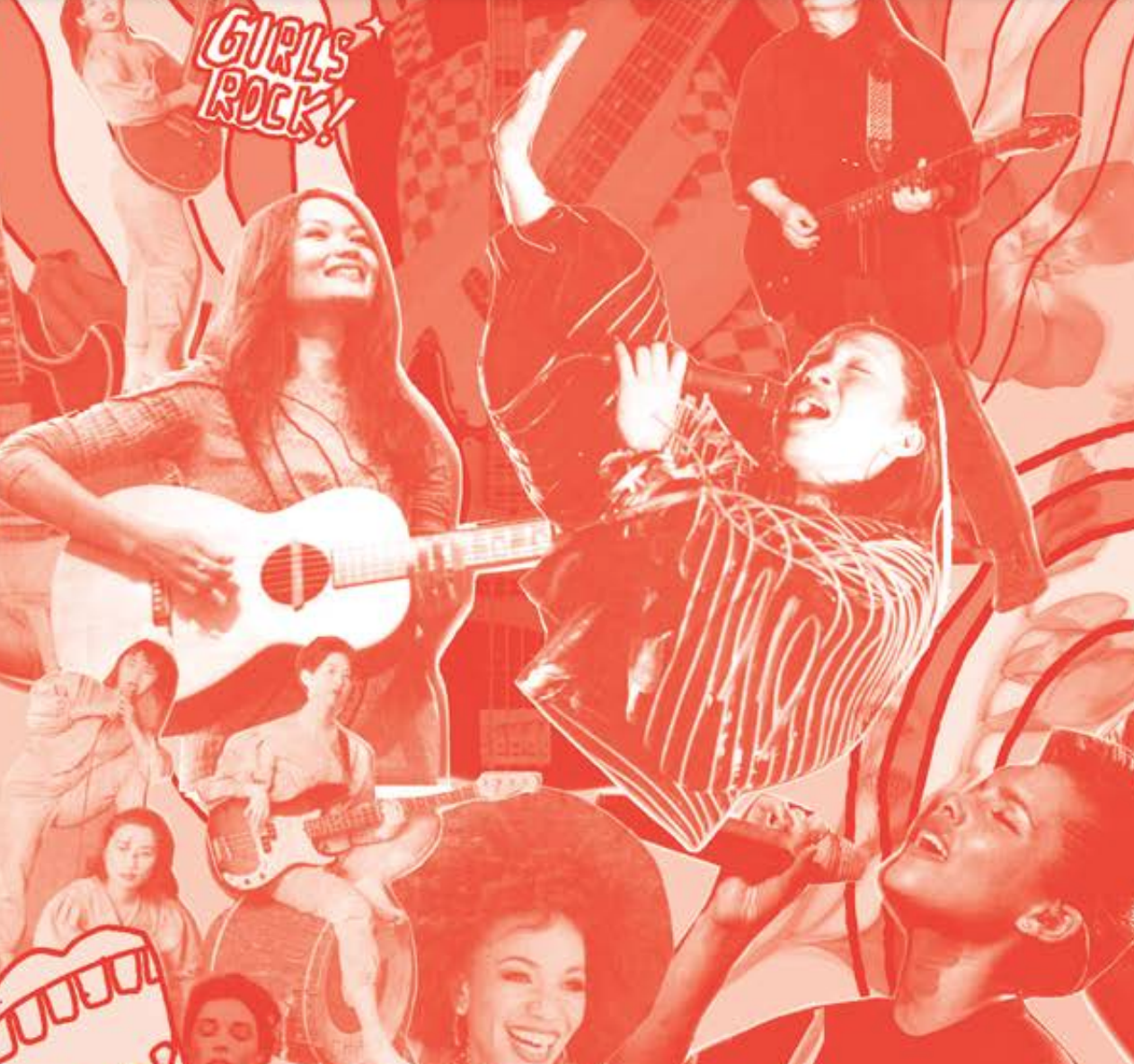 The Way is a video series by She Shreds Magazine showcasing the various ways in which artist’s we love learn, play and teach their own songs. Through this series they aim to shine light on the idea that there is no “wrong” or “right” way of digesting and producing music.

She Shreds is the world’s only print publication dedicated to women guitarists and bassists.  Check out more awesome resources over on their website.

Language is constantly changing and context-specific. Many of the terms and concepts we are using in our work are used differently by different people. Some are community-driven terms and some are in wider circulation. We are providing this glossary as a starting point for our own learning, and we acknowledge that it could never be complete or definitive. We hope that providing this glossary is a small effort towards wider public education about how to navigate these concepts in a way that supports self-determination and fosters spacious and loving relationships within families and communities.

Gender is a social and cultural phenomenon and means different things in different times and places. Gender is often (but not always) understood as an important aspect of personhood. It is impossible to understand gender without considering the cultural context of a person or population. In a western patriarchal context, the idea that there are only two genders (man and woman, or sometimes referred to as male and female) is dominant and other ways of doing gender are often punished. In practice, there are many genders, and there are people who don’t identify as any gender. Gender is often understood as having an impact on the kinds of social and familial expectations, roles, and behaviour that a person performs. A person’s gender is self-determined – only you can accurately assert your gender. Your understanding of what is possible (in terms of gender and how it relates to your social world/whānau/ancestors etc) is determined by a complex interaction between you and the people and environments you are surrounded by.

We use trans as a shorthand term which relates to the more formal sounding term transgender. We are using both as umbrella terms that may include anyone whose gender (as they define it) is different to the sex or gender they were assigned at birth. This includes some people who are intersex – those who also identify as trans or transgender. We recognise that not everyone uses words like trans and transgender, and that these are primarily white, western concepts which not everyone will relate to or find useful. We acknowledge these terms are connected to colonisation and may or may not be relevant to Māori and Pacific people. Therefore the use of terms like trans and transgender may include tāhine, takatāpui, and other Māori gender minorities, as appropriate. We also acknowledge that Māori and other Pacific ways of understanding gender and personhood may not fit into the culturally specific and historically weighted framework of white, western concepts of trans and transgender. Indigenous people from this region may use terms like whakawahine or tangata ira tane or takatāpui (New Zealand Māori); fa’afafine or fa’atama (Samoa); fakaleitī leitī (Tonga) or akava’ine (Cook Island Māori) or fakafifine (Niue), for example, and these terms do not simply translate into a white, western framework. We also recognise that many people will use a variety of terms in order to be seen and understood by other people in a variety of contexts, and this is valid. Our goal is not to be definitive about terms but instead to be clear about the importance of supporting our trans, takatāpui, and intersex whānau, and continuing to learn and grow from the community leaders and organisations working in this area.

Cisgender is a word that means your gender (as you define it) matches the gender or sex you were assigned at birth. Cisgender is a useful concept because it names the usually unmarked category of being a cisgender man or woman and provides a contrasting term so that instead of saying, for example, “transgender women and….women” (or something equally fraught) you can say “transgender women and cisgender women are welcome to join this women’s group.” It is not an offensive term and some cisgender people find it useful and empowering to be able to name themselves as cisgender allies who support the rights of their transgender whānau.

Takatāpui has been reclaimed to embrace all Māori who identify with diverse genders and sexualities such as whakawāhine, tangata ira tāne, lesbian, gay, bisexual, trans, intersex and queer. When we use takatāpui in this work, we are talking about trans, non-binary, intersex and gender diverse Māori specifically. We acknowledge that not all trans, non-binary, intersex or gender diverse Māori people identify as takatāpui and we recognise that, just as with any indigenous word or concept, it does not translate simply into an equivalent category in a white, western context.